Would you like to switch to the accessible version of this site?

Don't need the accessible version of this site?

Please fill out the form below and our attorney will contact you.

Thank you. Your submission has been sent. 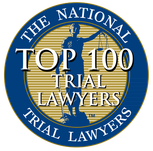 AVAILABLE AT ALL HOURS IF NEEDED CALL AND/OR EMAIL NOW!

Choose a location to review

See all Reviews
Review Us

Charles M. Condon, Jr., is an experienced attorney with a proven track record and extensive courtroom experience. During his tenure at the Ninth Circuit Solicitor’s Office, he prosecuted a wide variety of cases in courts across Charleston and Berkeley counties. He is an experienced litigator and prides himself in attention to detail and preparedness which allows him to obtain the best possible results for his clients.

Charles is a lifelong resident of Charleston, South Carolina. He attended Wando Highschool and the College of Charleston where he earned his Bachelor of Science Degree in Business Administration with a Minor in Economics. He then attended the University of South Carolina School of Law where he graduated cum laude. He earned various honors including Order of the Robe (top 10% academically of his class second year), Order of the Coif (top 10% academically of his graduating class), Dean’s and President’s list, and a recipient of the Levan J. Wingate and Law Faculty Initiative Merit Scholarships. Charles also earned a CALI Award (top grade) in Insurance, Federal Courts, Advanced Legal Writing, Real Estate Transactions, and Problems in Professional Responsibility. He was a staff editor on the Real Property, Trust and Estate Journal and a research assistant.

Charles currently resides in Mt. Pleasant and is married to Ashley Condon. They have three boys- Charlie, David, and Will. Charles enjoys fishing with his boys on the weekend and is an avid outdoorsman.

Attorney Advertising. This website is designed for general information only. The information presented at this site should not be construed to be formal legal advice nor the formation of a lawyer/client relationship. [ Site Map ]

See our profiles at Lawyers.com and Martindale.com